On July 29, 2022, Iowa greyhound breeder Jon Stidham was ordered to spend 15 months in prison, pay a fine of $7,500 and forfeit $527,510 in proceeds from illegal drug sales. Months earlier, he had pleaded guilty in federal court to illegally selling hundreds of thousands of doses of performance-enhancing drugs for greyhound racing dogs. Stidham, a longtime Board Member of the Iowa Greyhound Association, was convicted of conspiracy to deliver, distribute or dispense methyltestosterone, an anabolic steroid used by the greyhound racing industry as a way to suppress estrus and prevent a loss of race days. He also pleaded guilty to conspiracy to introduce misbranded drugs into interstate commerce with intent to defraud. Stidham also sold DIY medical kits as well as whips for use in breeding and racing kennels. Read more here.

Greyhound drug positives from around the world 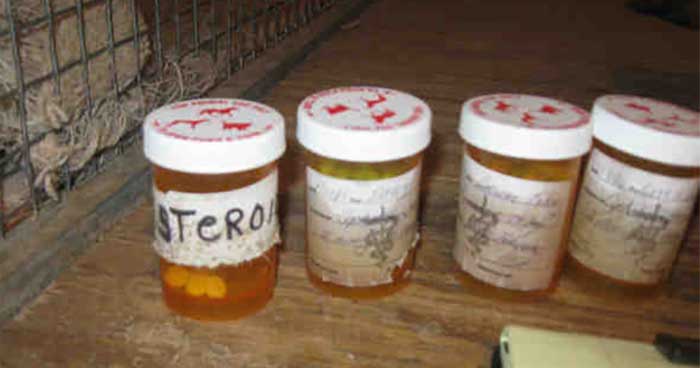 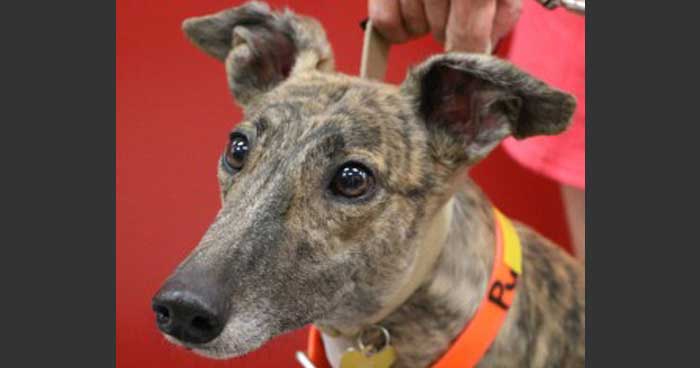 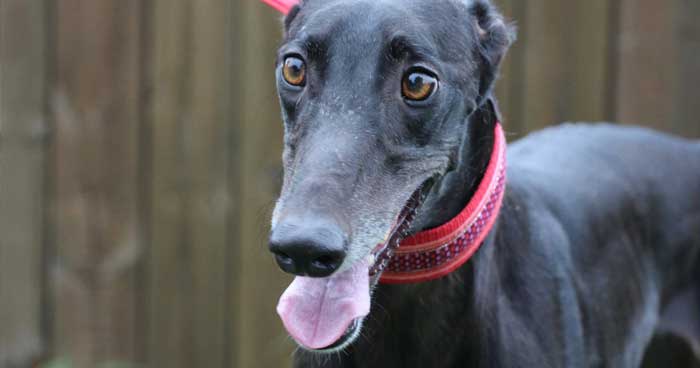 MeMe is one of over 200 dogs who tested positive for cocaine at US tracks since 2001. (Music City Greyhound Adoption) 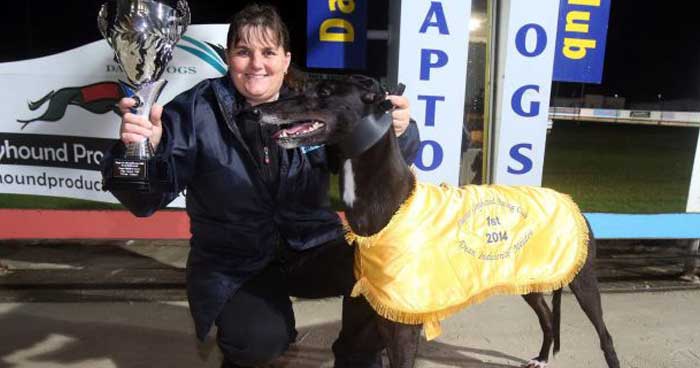 Melinda Finn of Australia was disqualified for doping greyhounds with the hormone EPO. (Robert Peet) 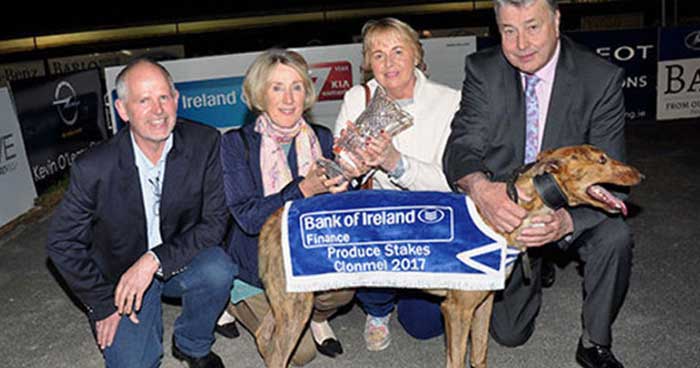 The Irish Greyhound Board has posted 200 greyhound drug positives since 2012 in the form of Control Committee Reports and Adverse Analytical Findings. These include cocaine, amphetamine, and pentobarbital positives. While cocaine and amphetamine are known as dangerous performance-enhancing drugs, pentobarbital is a performance-reducing drug. In large doses, it has been used for euthanasia and appears in nearly 20% of all IGB drug positives.

In New Zealand, the Racing Integrity Unit found forty-four greyhound drug positives from 2014 to 2021. According to New Zealand’s Judicial Control Authority, some of these positives were morphine. Additionally, two greyhound trainers tested positive for cannabis.

In the United Kingdom, the Greyhound Board of Great Britain has reported hundreds of greyhound positives since 2009, twenty-four alone in fiscal year 2019/20. These include stanozolol, barbiturates, and morphine. Stanozolol is a synthetic anabolic steroid and has been banned for its performance-enhancing influence. Barbiturates are central nervous system depressants and are serious performance-affecting drugs. Morphine has been used as a masking agent in greyhounds to make dogs less aware of any injuries they may have.

In Scotland, a December 2016 newspaper investigation found that race fixing with drugs occurred with regularity at non-registered “flapping” tracks. A trainer admitted to giving his dog valoids to slow him down, waiting a few races until the betting odds became favorable, then taking him off the drugs to result in a faster race pace. Scottish greyhounds have continued to be drugged: one trainer’s greyhounds tested positive for cocaine and a betablocker in March 2019. Altogether, twenty-eight drug positives have occurred at Shawfield Stadium since 2009, including five for cocaine.

In the United States, each racing jurisdiction reports drug rulings to a regulatory racing commission. These rulings are public records, but are not generally collected. Since 2008, GREY2K USA has documented over 600 violations in six racing states and several former racing states, including drug positive tests for cocaine, ractopamine, anabolic steroid metandienone, and industrial solvent dimethyl sulfoxide.

The drugging of greyhounds has been an open secret in the dog racing world for years. Dogs in this industry are testing positive for drugs at racetracks across the United States.

Read our report “No Confidence: Drugs in the American Greyhound Racing Industry” to learn more.

The Association of Racing Commissioners International classifies cocaine as a Class I drug, the highest prohibited category. Nonetheless, since fiscal year 2008, cocaine has been found in racing dogs at least 70 times in Alabama, Arkansas, and Florida.

From 2016 to 2017, thirty greyhound cocaine positives were reported at two Florida racetracks.

At least some dogs that test positive for cocaine may be exposed to the drug through human transference. Positive test results often involve small amounts of cocaine. There are also multiple state disciplinary rulings in which kennel workers tested positive for cocaine themselves.

Female greyhounds are routinely given anabolic steroids to disrupt estrus. Estrus is the natural "heat" cycle for females.

This common industry practice serves to prevent the loss of race days for female greyhounds. According to the industry handbook Care of the Racing & Retired Greyhound, trainers "should note that the full estrus cycle … from start to finish lasts 15 weeks … and, of this time, the bitch can race or trial only for the second 3-week stage." To avoid this down time, the use of steroids in female greyhounds has become ubiquitous.

Anabolic steroids are harmful to greyhounds

According to Care of the Racing & Retired Greyhound, anabolic steroids can cause serious side effects. These include:

However, nowhere in the book do the authors recommend halting the medication. On the contrary, they state, "If the bitch has an adverse reaction to either [steroid] … then one should change to the opposite form of medication."

US tracks and trainers repeatedly ignore steroid bans and restrictions

Anabolic steroid use – and in many cases specifically testosterone – has been denounced in other countries. In 2010, the Anti-Doping and Medication Control Review Board evaluated Great Britain's medication and drug policies for racing greyhounds. On the use of testosterone to suppress a bitch's "heat," the Board wrote, "We can see no justification, on ethical or welfare grounds, for the use of an androgenic ('masculinising') drug in a racing bitch and urge that the use of testosterone be prohibited as soon as possible."

Greyhounds Australasia, which makes racing rules and recommendations to Australian states and territories, as well as New Zealand, considers testosterone "a 'prohibited substance' as defined by the National Racing rules" and allows only a threshold of "10 nanograms per milliliter in a sample of urine" for naturally occurring versions of it.

Taking this ban one step further, the New Zealand Greyhound Racing Association has prohibited "[a]ll forms of steroids" and established penalties for greyhound test positives which include a one-year disqualification and/or fine of $6,000.

The Greyhound Board of Great Britain no longer includes testosterone on its "List of Permitted Treatments."


Read our report “No Confidence: Drugs in the American Greyhound Racing Industry” (PDF)

The Greyhound Recorder - Arsenic Positive A Word Of Warning For Trainers

Four days to end this

Sign to get drugs out of dog racing NOW!

Dog racing has a drug problem

A Matter of Differing Perspective

The Futility of Regulation

“It is a broken sport that exploits animals.”