According to the National Greyhound Association (NGA), there are 300 greyhound breeding facilities and kennels in the United States. Around 60 of these are in Iowa, with a large number also located in Kansas. Breeding kennels are also known to be located in the following states: Arizona, California, Colorado, Connecticut, Florida, Iowa, Mississippi, New Mexico, North Carolina, Oklahoma, Pennsylvania, Tennessee, Texas, Utah, Washington, and West Virginia.

Females are impregnated, many through artificial insemination by a veterinarian, and produce their litters on site. At a few months of age, puppies' right ears are tattooed with their birth date and order and an individual registration number is tattooed in the left ear. While at these breeding facilities, dogs are often kept outside, in large dirt pens with minimal shelter. Greyhounds spend approximately one year at these locations before they begin race training. 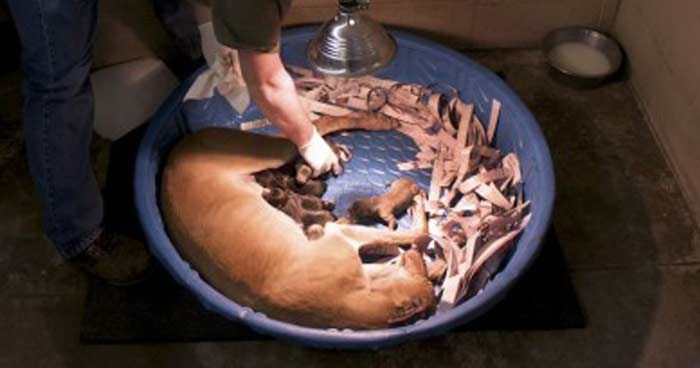 A mother and her puppies at an American breeding farm. (Ray Wong) 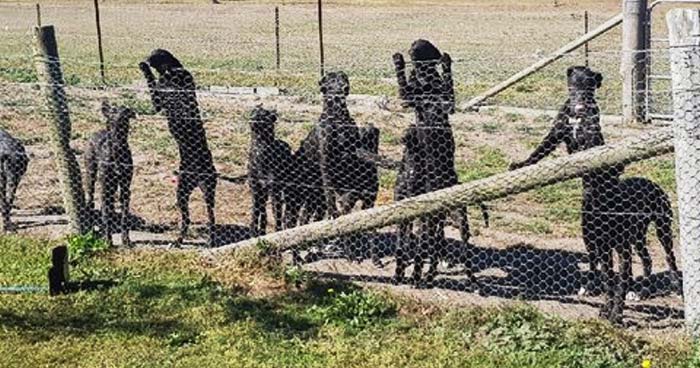 Dogs bred for racing in Australia. Many of them disappear from record. (Greyhound-Data) 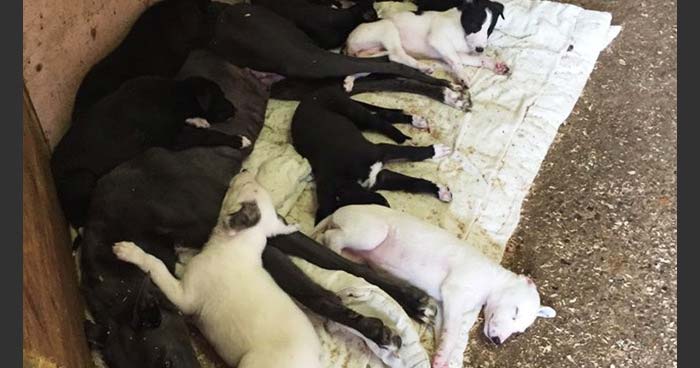 Greyhound puppies bred in the UK for racing. (Greyhound-Data) 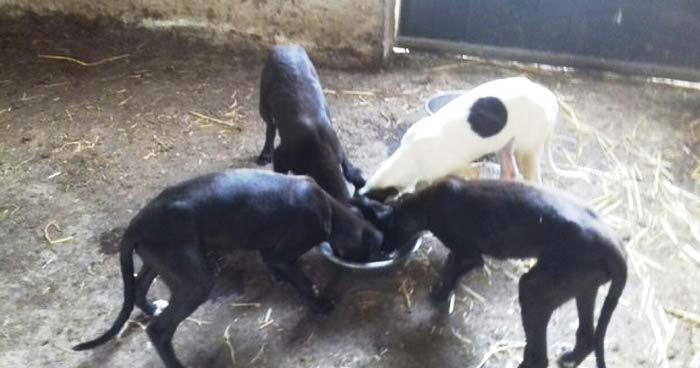 Ireland breeds thousands of greyhounds every year to race. (Greyhound-Data) 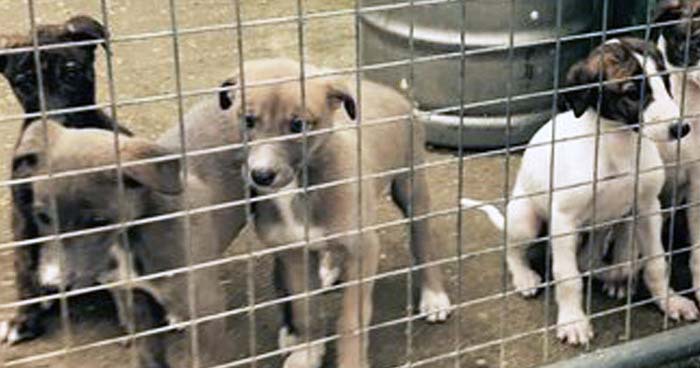 Irish greyhounds bred to be sold into dog racing. (Greyhound-Data) 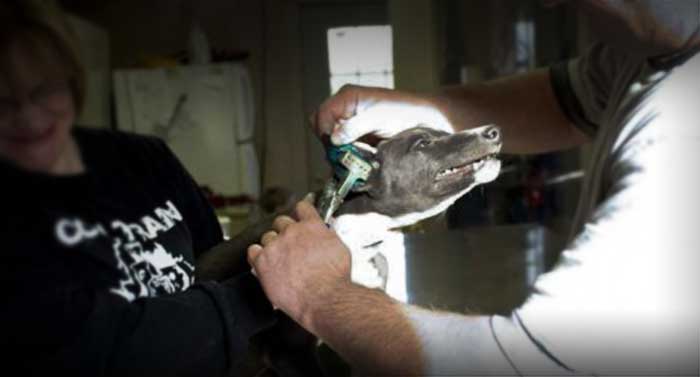 There is also evidence that some greyhound puppies disappear from record. GREY2K USA analyzed two forms of whelping data provided by the NGA from 2012-2014: aggregate data and individual data. What was discovered is that in each of these three years, the number of puppies reported as registered racers in the aggregate data was significantly lower than the number of puppies born according to individual whelping reports. The discrepancy amounted to 8,422 puppies that were not accounted for, effectively becoming disappeared puppies. The NGA stopped providing complete individual data in 2015.

As dog tracks close, the number of greyhounds bred for racing continues to shrink. A total of 4,898 individual dogs were registered to race in 2020 as compared to 20,365 in 2008, a decline of 76%. The number of greyhounds adopted into loving homes each year is unknown. In 2011, the National Greyhound Association acknowledged that there are "no cumulative annual records" to track greyhounds once they stop racing.

Greyhound breeding around the world

Ireland reported 2,324 litters in 2019. Using the conservative estimate of six pups per litter, the industry bred approximately 13,944 greyhounds that year. In 2015, the most recent year of reported registrations, 8,344 of an estimated 13,184 available greyhounds were registered to race, both for commercial racing and hare coursing. Approximately 6,250 greyhounds that are bred in Ireland are exported to the UK each year, sold for prices that are 50% the cost of production. Each year, some 6,000 excess Irish greyhounds are known to be culled. Additionally, older racing greyhounds have been known to be exported to Argentina, Macau, Pakistan, and Spain — all countries where dogs are routinely killed and discarded.

Australia reported 3,006 litters in 2015. Using the conservative estimate of six pups per litter, the industry bred approximately 18,036 greyhounds that year. In 2015, only 11,732 were registered to race, a discrepancy of 6,304 dogs. Australia regularly exports greyhounds to New Zealand, having exported 1,141 greyhounds between 2016 and 2021. In addition, it is estimated that since 2011, Australian trainers have also exported over 1,700 dogs to mainland China, Macau, and Vietnam, all jurisdictions with no animal welfare laws in place.

Stop the killing of 6,000 Irish greyhounds

A word from Mark Twain

A Matter of Differing Perspective

“Greyhounds are very gentle animals, which makes it easy for the racing industry to take advantage of them, but like all animals, they deserve to be treated humanely.”