At racetracks across the United States, dogs are fed a diet based on "4-D" meat. This is meat derived from dying, diseased, disabled and dead livestock that has been deemed unfit for human consumption. The United States Department of Agriculture requires that charcoal be added to this meat to discourage human use. 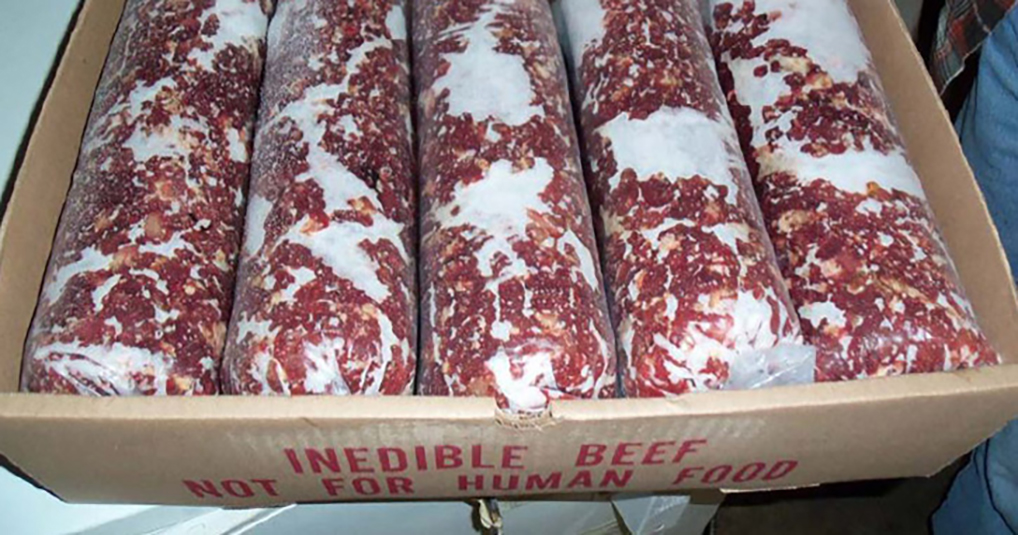 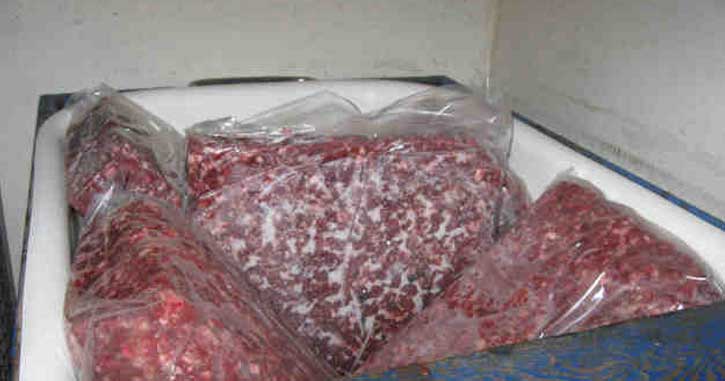 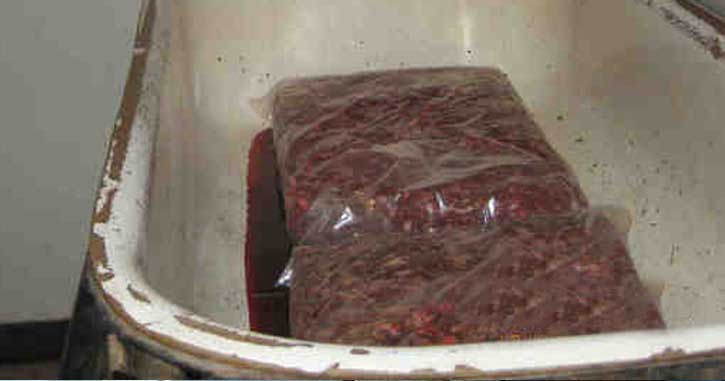 According to an industry handbook, 4-D meat is used at commercial dog tracks because "it is the most economically feasible for the Greyhound industry at this time."

As a result of eating 4-D meat dogs can be exposed to pathogenic microorganisms, including Salmonella, Campylobacter jejuni, and Escherichia coli. In addition, the use of 4-D meat can lead to false drug positives due to drug residues that dogs ingest and pass into the urine. According to the U.S. Food and Drug Administration, raw 4-D meat "may present a potential health hazard to the animals that consume it and to the people who handle it." In 2017, one dog died and 72 fell ill at the Sanford Orlando Kennel Club in Florida from a suspected case of “bad meat.” Investigators found that the carpet of the greyhound who died was saturated in vomit and feces. In 2014, two dogs died and close to 100 fell ill at Daytona Beach Kennel Club, also due to “bad meat.”

The dog racing industry defends the use of 4-D meat by claiming that it is also used by commercial pet food companies. While it is true that 4-D meat may be found in commercial pet foods, the use of such meat at commercial dog tracks is distinctive because it is fed to dogs raw. Cooking meat destroys bacteria, but greyhound trainers are reluctant to do so for fear of negatively impacting racing performance.

At racetracks in Australia, Ireland, New Zealand, and the United Kingdom, greyhounds are fed a diet based on knackery meat, the foreign equivalent of America’s 4-D meat. Knackery meat is primarily derived from horses which are dead, dying or injured. Former racehorses are also regularly sent to knackeries for slaughter.

The Australian racing industry is well aware of the horrid conditions of knackeries. In 2017, Racing New South Wales pledged to stop sending former racehorses to slaughter. Even the Victoria greyhound industry openly acknowledges that knackery meat can produce positive swabs due to its contamination. However, in spite of these acknowledgments, knackery meat remains a primary source of greyhound feed for the entire industry.

Mother Nature Network - What is Alabama rot and can your dog get it?

Pay No Attention to That Man Behind the Curtain

“The ‘D’ stands for dying, diseased, disabled and dead livestock.”

— Industry handbook Care of the Racing and Retired Greyhound